The 2020s and beyond set the foundations for a new era in the human experience. Our place in the universe is moving through the last gasps of a deep, dark winter that is coming into the new light of Spring.

For this to come to pass the old must crumble. Remember, that no matter how intense the negative life may appear there is equally just as much positive energy radiating into reality. Balance is the natural order of the universe as all forces are equally measured in their opposing nature.

Our solar system and our sun are a part of a much bigger galactic plane, with a Grand Central Sun, which has its stellar seasons, cycles and equinox period.

Like the flowers on a branch of a tree, it is just one branch of an entire system. As much as we are caught up living as flowers and pollen living on that branch we are influenced by the entire tree, and vice versa.

Our earth orbits around our sun every 365 days, our sun (and solar system) then orbit around the Milky Way in a process that takes 26,000 years. During which it moves through the brightest star of the Pleiades constellation known as Alcyone during the midway point of this procession.

This plane is also known as the Galatic Photon belt, with Alcyone sitting at its center. It is an alignment of hundreds of billions of Milky Way Star Systems... One complete revolution of this takes approximately 225 million years.

The crossing of this plane happens every 13,000 years and results in massive surges of photonic light from the Greater Central Sun. Light energies that are amplified by the Galatic Photon Belt. This phenomenon is known as the Great Reset or 'Crossing' as well as 'The Great Purification'.

In other words, it's pretty much a reset scenario for all of the consciousness within our patch of the universe. With earth moving towards the Galatic Summer. Meaning more light and life, as we ascend out of the darkness.

This celestial cycle has been documented by various civilisations through time, and it just so happens that we find ourselves here, now.

Having entered the Great Crossing in 2012, according to the Mayan Calendar, we are now well and truly in the thick of the transition. With more summer light on the way.

This 26,000-year revolution also happens to be the entire period of the Zodiac cycle in our Milky Way Galaxy. With each Zodiac sign lasting 2,160 years.

The Zodiacs are not an imaginative way of interpreting the stars and cosmic order but are quantum environmental principles that impact our reality. Just as wind, tide, rain, and heat impact life on earth the Zodiac tells us the celestial season we are living in.

Specifically, each Zodiac Age has unique characteristics that influence the consciousness of humanity. Think of these as metaphysical archetypes and carry unique energetic vibrations. All of which rain down and penetrate the Earth.

Some work has been done on assessing the impacts of Zodiacal eons on human consciousness, civilisations, and the conditions during that time. Santos Bonacci is one such teacher of Astrotheology, and his work, lectures, and presentations can be found on Youtube, along with that of Sevan Bomar.

Earth is currently moving into the Age of Aquarius, starting the next 2,160 year vibrational age. To compound this shift it is also occurring as part of a larger Galatic shift as our Milky Way passes through the ecliptic or halfway point of the Galatic ring.

This exact point has been noted to be 'two minutes to midnight' by many Astrotheologians that come to interpret the reality based on the processions of the stars.

So, looking to where we are right now we can see that humanity is in a process where the reset button for our earth is being hit while we start to embody the subtle archetypal energies of the Aquarian Age.

In fact, we have passed the cross over point, moving earth out of the cosmic winter, and its darkness into an age of more light.

Light is life, it is heat, warmth, it is illumination, knowledge and it is a nourishing force. It is not merely an abstract biophysical experience of light rays but also a metaphysical and spiritual principle of enlightenment, love and life force.

It's no coincidence all of the narratives in the global narrative like Star Wars, Harry Potter and Game of Thrones focus on the distinct polarity of light vs. dark, the force of life and the destruction of it.

To reconcile this within your own existence come to see that duality is a part of the cosmic experience on earth. What has come to pass on earth is a microcosm of the vast spectrums of vibrations that exist in the infinite.

The beauty and the suffering, the birth and the loss are not only found on earth. Although it is deeply felt here through our emotional 'human' design.

Beyond this cascade of experiences, beyond the rise and fall, is an Infinite Intelligence that witnesses its creation to rise again and again. Maturing throughout the aeons into a design that rests within its own centre. A centre that is you- the 'youniverse'.

All life is experienced within your consciousness and just as these cosmic seasons change the course of our planetary destiny your life will also be changed forever.

Often people will ask: "if there is a God, or Universal Force why would it let us suffer?"

Especially now as humanity casts to the surface so much of that which has been repressed. The Giant of human consciousness is awakening and throwing off the succubus leeches that have been keeping it asleep.

I will share my experience with this question more deeply soon. Until then just know that you are your own ship of consciousness, a vessel and like any vessel you're on a journey, through time and space, that can be assisted by the forces of nature.

Tap into this incredibly fertile time for inner-transformation we are currently living in and ride the cosmic current to a more nourishing and peaceful place.

THE PORTAL IS NOW OPEN

Between December 26, 2019, to Jan 12, 2020, the earth will be experiencing a series of eclipses. Unlike the annual eclipse season what is different about this period is the transit and alignment of the planets.

This combined with the broader timeline that humanity is currently travelling on will change the course of human history, forever.

A prophet and a wise astrologer knows to rarely champion events and phenomena such as these as 'Destiny Calls' events or the 'Hail Marys' and 'Doomsday' chatter. Although it often gets the clickbait.

Not being an astrologer but having a few in the contact list and 'subscribe' channel I know enough to look at the stars and the history books to see we are in for something truly spectacular.

There is a portal opening up for humanity and the earth's consciousness into 2020 that signals a new eon (aeon). One the ancients all over the world have prophecised about.

Now, while every moment is always a 'portal' so to speak, there have been major celestial events occurring over the last 10 years in preparing for what is coming into 2020.

Most notably, Saturn will conjunct (join) Pluto in Saturn's home sign of Capricorn on 12th January. Pluto, the evolutionary planet, reflects our subconscious that drills and penetrates every aspect of life.

Saturn is the Keeper of Time, the Ruler of Law and the Status Quo. Capricorn's home planet is Saturn and 2020 will see significant Capricornian energy influencing life on Earth and with Pluto in it, it means our conception of 'reality' is in for a shift.

Without going into too much detail, or coming across as a trivia ready astrology buff Capricorn can be seen as the hardworking way-finder, full of gumption and logic. As the most determined of the Zodiac, the Goat persistently works its way up the mountain, sure-footed and steady, adapting to the new terrain on the way. This single-pointed focus is very much where we are in terms of our reality.

As I mature now into my 30th year I find it important to develop an increasingly diverse range of skill sets that will serve me throughout life. Health is one of those foundations, as well as metaphysics. Learning just enough about what course the celestial bodies are taking allows me to orientate myself in such a way that leverages most of the alignments that come to pass.

Just as a surfer orientates themselves into a wave for the best position to maximise 'the ride'. I learn what I can from the cycles of the skies and create a scenario in my reality that benefits from the conditions. Reaping and sowing micro benefits from the larger macro events. More than your generic daily horoscope spray gun affirmation.

In order to get a more digestible breakdown of what it all means I take my astrological guidance from Cal Garrison and David Palmer, two very astute cosmically literate people. That has helped me make sense of what is going on in the cosmos and here on earth.

In Greatness and Responsibility, 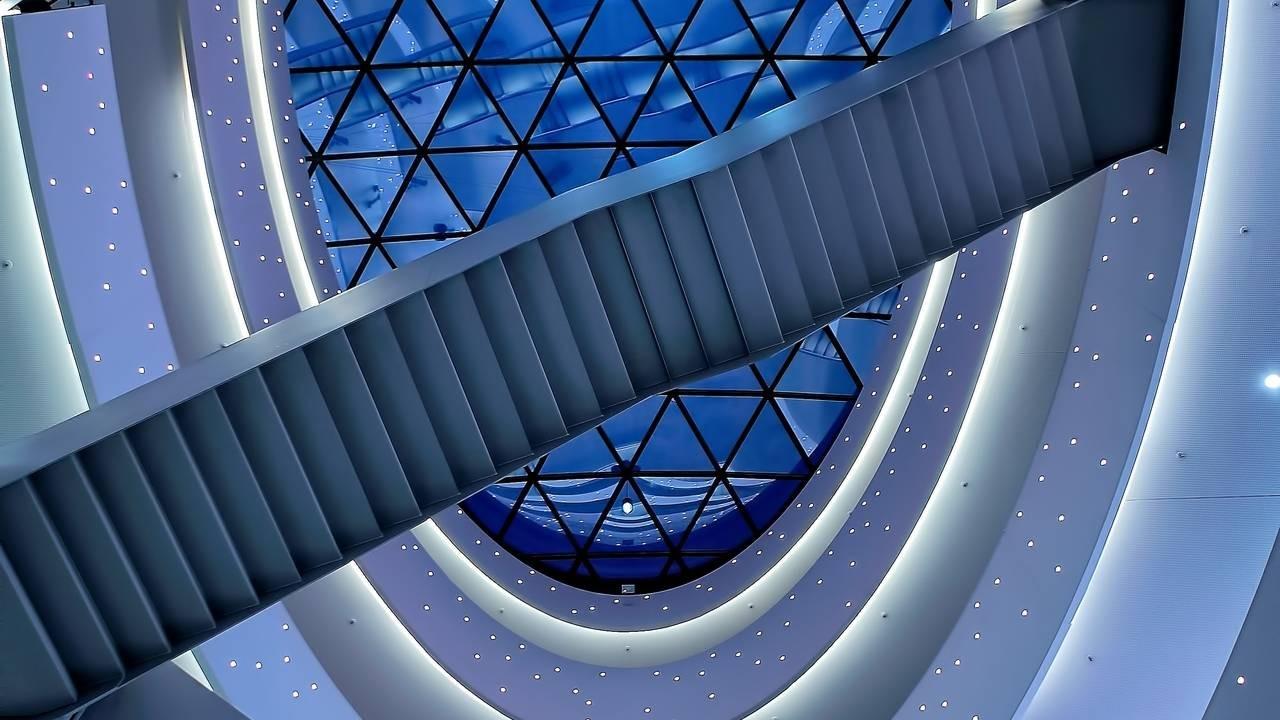